Hay-fever has me this week so I might be a bit slow… [Unlike being slow as usual? – Undead Ed]

Naomi Watts is Diana in this biopic which seems to cover her earlier years before her divorce… or at least, leading up to it.

If you are a Calvin and Hobbes fan you are going to love Dear Mr Watterson. A documentary that focuses on the impact the comic has had through out the years. Did you know the comic ended in 1995? I didn’t…

Hercules: The Legend Begins is directed by Renny Harlin who has the Guinness world record for the biggest box office flop… OF ALL TIME. But he is also the 87th highest grossing director in America. So confusing…

The Secret Life of Walter Mitty starring Ben Stiller seems to be that transition type movie where comedian actors take on more dramatic roles to challenge themselves. It just has that Punch Drunk Love feel to it. Which isn’t a bad thing. I loved Punch Drunk Love.

The Monuments Men puts George Clooney in charge of getting a team together to steal the biggest art collection in history. Of course he will recruit Matt Damon to his side for this mission. It also stars John Goodman and Cate Blanchett and you can’t go wrong with those two. 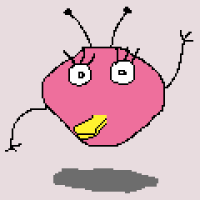 About Zombie of Doom

Between trying to be a comedian and contributing to the cause of the Zombies, Zombie of Doom is also known as Dante of Doom or Richard to his parents. They are probably a little concerned about him.