Damage Control (DC) are the gatekeepers to the top tier of South African Counter-Strike. While they were a highly decorated, multiple LAN winning team in previous versions of the game, a second tournament win has been elusive in CS:GO. Their last and only title in CS:GO was by beating Bravado at the IS Invitational in 2013 – SA CS:GO’s first official LAN competition with prizes. That could very well change this coming weekend with their closest competition in Energy, Bravado, Big 5 and Goliath either playing in ESL Africa or sitting out the competition. Could this VS Gaming Masters CS:GO tournament at rAge 2017 be the best chance DC has yet had to win a second title in CS:GO?

DC are often thought of as the elder statesmen of South African CS:GO. DC are five vastly experienced players with numerous championship titles under their belt in Counter-Strike 1.6. They are, by most standards, on the older side for professional players. Which puts them in some rather unique company as far as professional CS:GO teams go in the current day.

The lineup they are often compared to on the international stage is Virtus.pro. This is based on parallels one can find between the average age of some of the players (early thirties in a few instances) being on the older side as well as on the long term stability of the lineup. The Polish veterans’ current roster have been together unchanged since January 2014, although the team has its roots in the legendary Golden Five going back to 2006 in CS 1.6. DC have been together for a similar length of time in CS:GO, but their core lineup of Apocalypse, Explicit and Incin go back 17 years to their school days and the beta days of CS. Like latter day VP, DC have been somewhat less formidable an opponent of late in comparison to their usual level of play. Unlike Major winners VP, since their halcyon days in CS 1.6 DC have yet to pick up a championship on LAN post the 2012 introduction of CS:GO.

The mention earlier of DC as gatekeepers to the top tier of South African Counter-Strike stems from their incredible consistency at finishing in the top three of tournaments in the last few years. If you want to compete with the top two teams in SA – usually Bravado and one of Energy or Carbon – you need to get past DC first. Their unerring and relentless run of top three finishes go back to Telkom DGC 2015, which is an incredible record. Where we finally saw that offline third place streak broken was at July’s Orena ESWC South African Qualifiers LAN (fifth-sixth) and subsequent online performances in ESL Africa Season One (fourth), Season Two (fifth) and ESEA Open Season 25 (fifth).

In recent times they’ve been in somewhat of a slump of form (the VP parallels continue!) as evidenced by those results. They’ve allowed more recently formed teams like Big 5 eSports and Goliath Gaming to surpass them. DC have not looked like their old indomitable selves at all. Strategically, they’ve not changed their slow and often predictable Terrorist-side playstyle or their extremely passive Counter-Terrorist setup in what seems like years. Other teams have figured them out and they’ve failed to progress in the same way their opponents have. Individually their star players have not shown the same level of play of times past.

I’d say that the main reason for DC’s dramatic fall off is that all of their players hold down professional day jobs, working long hours and have many responsibilities outside of work and the game that perhaps many of the younger top level players do not. That additional responsibility and therefore pressure means they are simply not able to spend the amount of time practicing and improving their game that the other top teams do. Their individual games’ have likely suffered too from a lack of time spent on aim maps and deathmatch servers working on their aim. It’s been mentioned to me more than once by DC players that the only practice they can get these days is when playing the numerous official matches in the multiple tournaments they are signed up for, each week. That is far from ideal. Although it does make their long reign as SA’s third best team all the more impressive.

Why should we believe in DC?

DC’s players have all been playing Counter-Strike since the very beginning – 17 years all told. They have massive, unequalled experience. They have star players that could be reactivated in Jannie “Hellhound” Van Niekerk, Riaan “stYle” Van Niekerk and Christopher “Apocalypse” Lautre (now more often known as G4mbit). They still have that insatiable will to win. And for the first time in recent history they have had a few weeks off to work on their game and improve before the VS Gaming Masters CS:GO tournament at rAge 2017.

They have to be the favourites to win the tournament based on their top five placings at recent events as well as their history of seemingly saving their best performances for rAge every year. With SA’s top two in Energy eSports and Bravado Gaming sitting out Masters to play in ESL Africa and both Goliath and Big 5 ineligible to play, Damage Control could be on the cusp of only their second title in CS:GO. Can DC do it? I think so.

I spoke to Christopher “Apocalypse” Lautre for his thoughts leading into the LAN:

ax: How many titles does this DC team have to their name historically?

You’ve been away lately which has limited your personal practice time somewhat. How would you rate the team’s overall preparedness for the tournament?

I think our team is well prepared for this tournament. We have performed well on LAN this year, so far, having taken a map off of Energy at Mettlestate and at the VS gaming LAN, finishing in 3rd place at both events. Unfortunately I have had to travel for work, but I don’t think this will be much of an issue was we have been playing consistently throughout the year and have hit a patch of good form recently.

Who do you think your strongest opposition will be at the LAN?

On paper XTC should be our biggest challenge this weekend. They have had enough time to settle as a new team, and took us to 3 maps with overtime at the last VS gaming offline event.

After the return of Incin we have achieved:

In your opinion, is this VS Masters trophy coming home with DC?

It seems that the stars have aligned yet again for DC, and we have managed to get the coveted first seed coming into the event. I have all the faith in the world in my teammates to be able to close this one out.

I will be releasing a full preview article of the VS Gaming Masters CS:GO tournament on Wednesday. 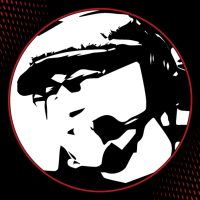 Michael "@axtremes" Harmse is one of the more prolific CS:GO Casters and analysts in the SA Scene - he's seemingly everywhere! He enjoys living, eating and breathing CS:GO...as well as real food and oxygen of course...on the rare occasion Zombie lets him outside. And guitar! He likes guitars. Stare in wonder at his magnificent visage at youtube.com/axtremes/ and shake your head at his spectacularly misguided opinions.