An intense storyline coupled with the challenging puzzles and impressive visuals make the Testament of Sherlock Holmes an enjoyable adventure.

The Testament of Sherlock Holmes is the sixth instalment from developers Frogwares. This adventure story follows the great detective and his sidekick Dr. John Watson as they try to uncover various murders and suicides. The game makes frequent references to prior games in the series in which Holmes faced off against Jack the Ripper and the fictional French thief Arsène Lupin, but these are mostly just fun asides and do not detract from the overall gameplay.

The Testament of Sherlock Holmes will catch the eye of gamers that are fans of adventure/detective games. It has made some changes in the format to account for modern audiences. It now gives the player a choice to either play in first person or third-person, but the game is much easier to play in first-person as it has been adapted for console controls. They all however, have similar flaws when performing the most vital action of the game, finding and piecing together clues in order to solve the various cases.

In The Testament of Sherlock Holmes, you will soon learn that many chests or doors are unlocked by solving a variety of puzzles. Some puzzles focus on simple arithmetic and numerical sequences while others focus on strategic placing of certain blocks. These puzzles soon become extremely tedious as they are an often occurrence, coupled with the little or no hints/explanation as to how to solve the puzzles, it soon becomes an encumbrance. Luckily there is a Skip Puzzle feature which allows you to skip the tedious puzzle, unfortunately this feature only appears once you fail to complete the puzzle a number of times.

Most of the gameplay follows the standard adventure game model of find-these-certain-items to activate a certain puzzle, then waiting while Holmes explains what happened in a room or what certain characters did and how the story unfolded.

The most captivating part of the gameplay is the use of the deduction board. This element allows you to place clues onto a board and guide Holmes to discover a conclusion about them. When you make the correct links between certain clues, you will then discover a new set of choices become available on the board. In this way, the game gives you the option of being Holmes and feeling like a genuine detective, however it is only used a few times in only a handful of cases.

The Testament of Sherlock Holmes has appealing visuals, with noticeably more detailed character models and scenery. Visuals are mostly effective, especially when it comes to the scenery of Victorian London. Character faces generally come with finer features too, and overall the visuals are vastly improved in Frogwares latest instalment.

The sound really plays an important part in the Testament of Sherlock Holmes and it makes the game more realistic and more captivating and supports the gameplay as it really makes you feel that you are Sherlock Holmes in Victoria London in 1887.

The Testament of Sherlock Holmes is the best instalment in Frogwares’ long series of adventure games yet, and fans of the genre will love to see how much effort has been expanded on such an intricate, captivating adventure. Even with the tedious puzzles and pixel overloading, this game is an interesting and enthralling adventure. 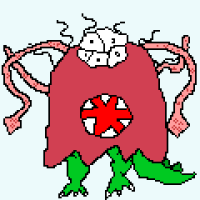